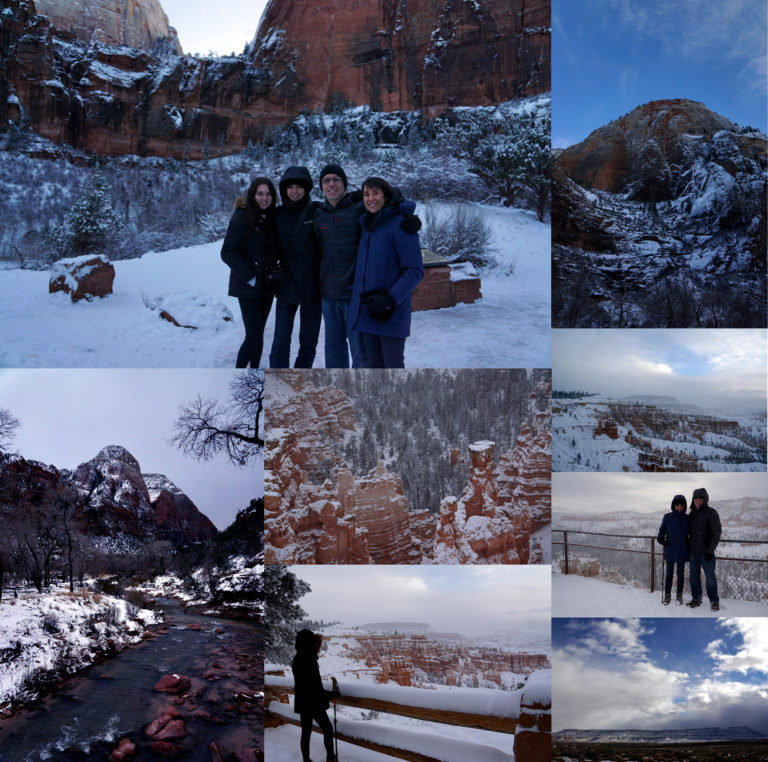 See Zion National Park, celebrate my birthday, and stay either in the Watchman Campground at Zion or nearby. The day went mostly according to the revised plan with one significant hitch along the way.

In spite of freezing temperatures and steady snow, we hiked out to two viewpoints on the rim of the Amphitheater at Bryce, Sunset and Sunrise Points, and drove to two more, Bryce and Inspiration.  The famous hoodoos were in full evidence and the park is breathtaking in the snow.  Due to the weather, we only spent a couple of hours there and, after getting some advice from the manager at the lodge, headed off to Zion.  Breaking free of the snow around Bryce was a relief and we were making good time to Zion when hit our major hitch of the day.  More on that below. Zion was as spectacular as I remembered!  We were able to maneuver the Behemoth through the 6-mile Zion Canyon Scenic Drive stopping every few minutes to take pictures.  Parking was often a challenge, but in spite of being reasonably busy, we had no real trouble.  Trails were mostly too icy to hike, but we packed a lot of sightseeing into the time we had there.  Again, being at the bottom of the massive Zion cliffs and rock structures was just awesome.

We celebrated my birthday dinner at Oscars Café, an excellent Mexican restaurant right outside of Zion in Springdale.  Everything was good, but try the carrot cake, you won’t be disappointed.

We stayed in the Zion River Resort, a terrific campground about 30 minutes outside of Zion.

When we got to UT-9 to drive into Zion, we discovered that high profile vehicles needed special escort because the Zion-Mt. Carmel Tunnel is too shallow on the sides for any vehicle over 11’ 4” tall (the Behemoth was supposedly 13.5’ tall).  They have to stop traffic from the opposite direction so you can drive down the center of the tunnel.  Unfortunately, due to weather (though we were first told it was due Christmas), they had suspended escorts when we arrived.  Fortunately, we figured that out before we drove about 10 miles to the mouth of the tunnel.  Unfortunately, the only other route was a 100 mile detour south on US-89 into Arizona, west on AZ-389, northwest on UT-59 and back to UT-9 on the other side of Zion.  That little hiccup cost us two precious hours and I was steamed that the manger in Bryce hadn’t mentioned the issue with the tunnel.  If she had, we could have taken an alternate route which might have saved us an hour. 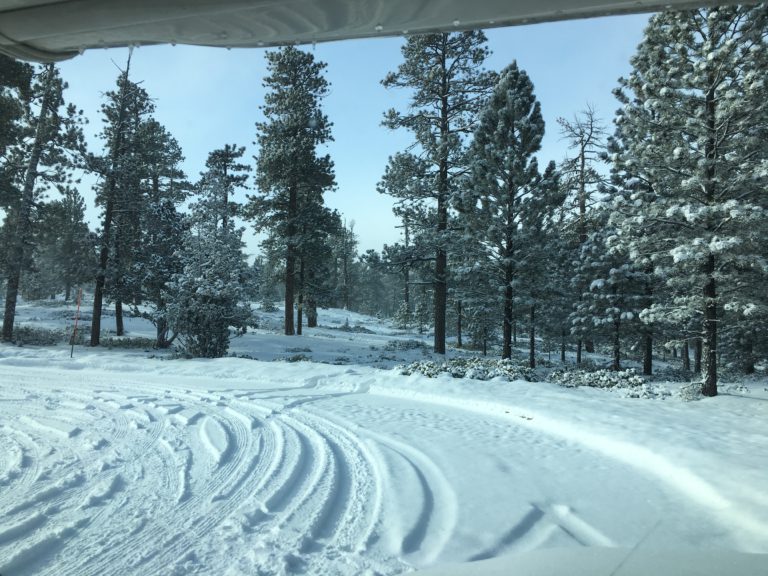 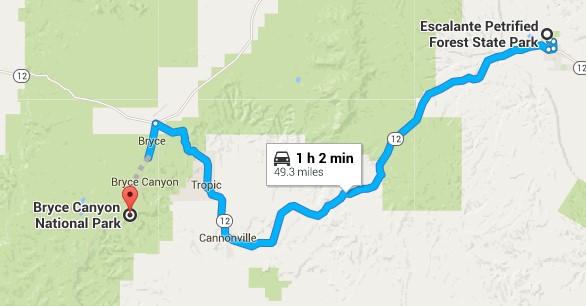