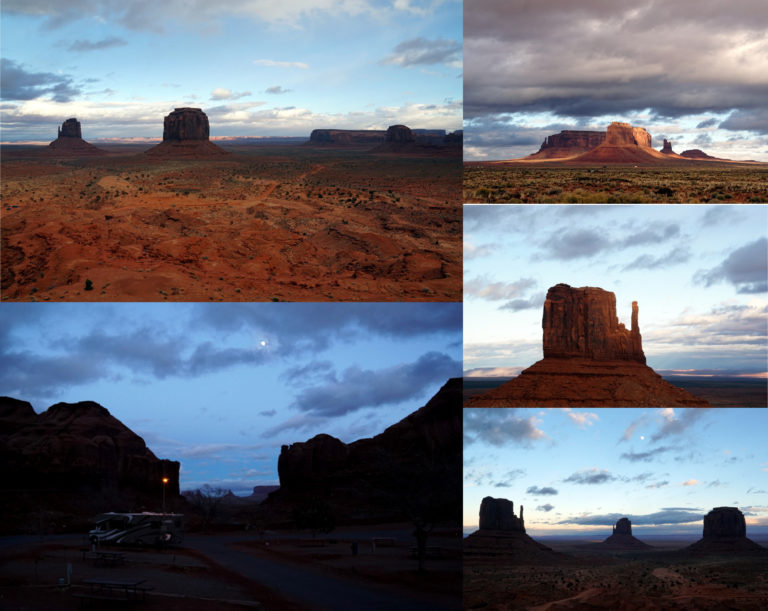 Drive south to Bluff, Utah, check in at the RV park, visit Monument Valley Navajo Tribal Park, and return to Bluff for the night.

Headed down to Bluff and checked in at the RV park I had reserved.  We then visited the Bluff Fort Historic Site which was mostly a re-creation of the original settlement.  After that, we continued on to Monument Valley and ultimately decided to stay near Monument Valley instead of returning to Bluff.

Bluff Fort was surprisingly interesting.  We watched a fascinating documentary which told the tale of the Mormon pioneers tasked with settling this area in the east part of Utah.  The trip from Parowan in southwest Utah to Bluff through the famous Hole in the Rock  and across, as they put it, some of the most “broken” geography in the world, was originally estimated to take 6 weeks, but took 6 months.  I highly recommended checking this out if you ever find yourself passing through Bluff.

Monument Valley is stunning.  We braved high winds just walking to and taking pictures from the Visitors Center.  Hiking was simply impossible.  After reviewing possible alternative routes to Natural Bridges National Monument (our next destination planned for tomorrow), instead of trekking back to Bluff, we decided to stay at the Goulding’s RV Campground which offered a spectacular view of Monument Valley with clear skies and a nearly full moon.  Awesome!

Frankly, was underwhelmed with the RV park in Bluff, which contributed to our staying in Monument Valley.